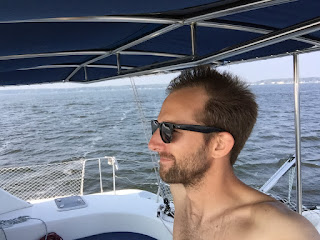 Sailing from Lake St. Clair to Mackinaw Island in Lake Huron. With no wind we ended up motoring to Port Sanilac, then picked up a nice breeze and sailed to Alpena. We waited out a week of bad weather in Alpena then rode a following wind overnight to Mackinaw Island.

Video of the Erie Canal