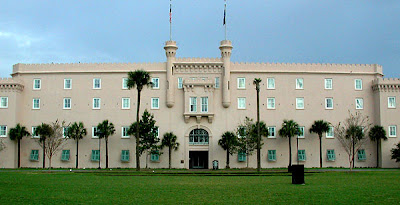 When we first got here we learned that Charleston is known as one of the most haunted places in America. Neat! I thought. But I never believed much in "ghost" stories.

I went about my business and got a job at Embassy Suites, which turns out is the old Citadel. First built as an Arsenal in 1830 then later converted into a military college in 1842. It was citadel cadets who fired shots at a Union relief vessel approaching Fort Sumter... starting the Civil War. 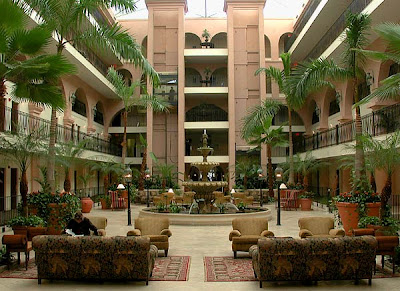 Well the hotel is haunted. There are places where some of the employees refuse to go, such as the weird “basement” under the catering staging area on the mezzanine.

I went down there once, and it is creepy as all get out. There is a hole in the wall leading into a completely unfinished area with a sand floor that might as well have a sign above it reading “undiscovered bones located in here, complete with ghost of angry confederate cadet.”

The staff told me how some guests end up switching rooms. Some leave in the middle of the night.

One ghost is called "half head" or "the lost cadet.” He is young, has no head from the eyebrows up, and is often reported as a happy ghost.

One lady woke with an eery feeling that someone was in the room, and she asked if anyone was there. The reply was, as stated by the lady, that his name was George. She then asked "George" what he wanted and he replied that he was looking for his pocket knife which he had lost. As she reached around to -touch -George, she found that his head "was not all there" as she stated later upon having her room changed to another part of the hotel.

The hotel does have an old pocket knife on display. It was excavated from the hotel site along with many other artifacts of Civil War and Colonial origin.

There are people who say they've seen men in full confederate uniforms walking around. These "ghosts" are mistaken for Civil war re-creators.

I haven't seen any ghosts... yet. but I will be keeping my eyes open!