A private beach in the Bahamas 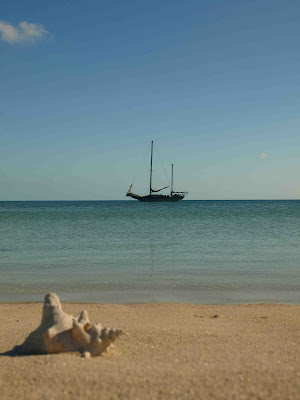 Cool Cave! We've been finding a lot of cool caves lately. There was a big one in the Jumentos that you could drive your dinghy right into. Unfortunately we never got a picture of it. 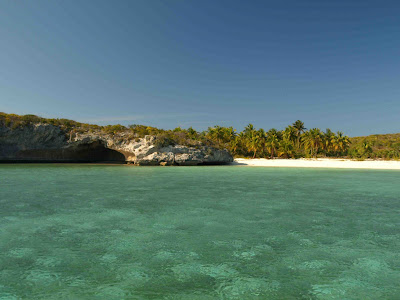 Lee inside the cave: 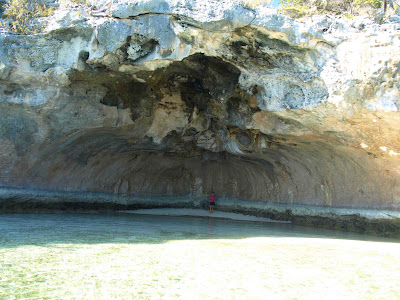 This picture is kinda self explanatory 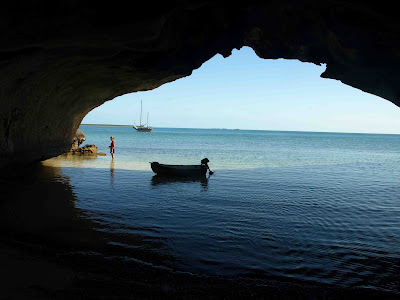 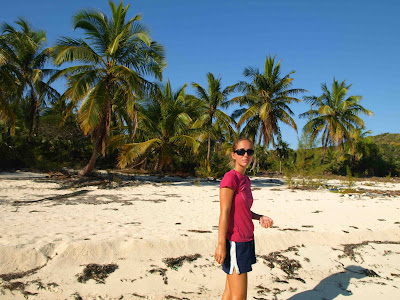 You might have noticed LeeAnn is always in the pictures. I always ask her to take pictures of me, but she says that I'm not allowed to be in pictures unless I have taken a shower that week. 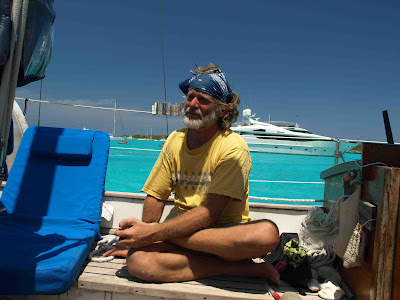 This is Lee. He has a long story and I don't know all of it. What I do know is that he ran away from home when he was 12. He hitchhiked clear across the country multiple times, even making it to Alaska. He ended up graduating from college with a degree in photography.

From there he backpacked through various countries in Central and South America, taking photos of conflicts, and ended up becoming a photo journalist and war correspondent.

As a war correspondent Lee has been arrested, beaten by police, shot at, and hit with shrapnel. He has amazing stories.

Lee covered the Velvet Revolution in what was then Czechoslovakia. While there he dated a concert pianist, and then married her when she became pregnant. Communication was a challenge as neither of them spoke the same language. Unable to travel to conflicts, Lee started a photo agency.

Lee's photos have been on the covers and in the pages of Time, Newsweek, Christian Science Monitor, and a bunch of other newspapers.

He is a really cool guy. Make a killer pizza. We've been hanging out with him since we met in Georgetown. He left for Eluthera today, and we were sad to see him go!