We were working on the boat today and it was incredibly hot. I turned on the hose to get my hair wet, and suddenly a huge mass surfaced out of the water. I started yelling to LeeAnn "Come out! Come out there are manatees!!” 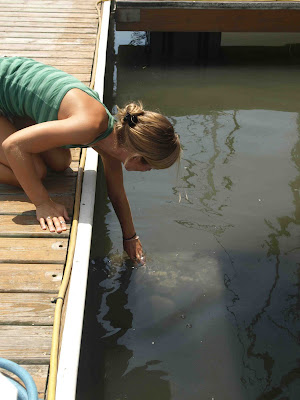 
They would suck the hose into their mouths and drink off it like a bottle. 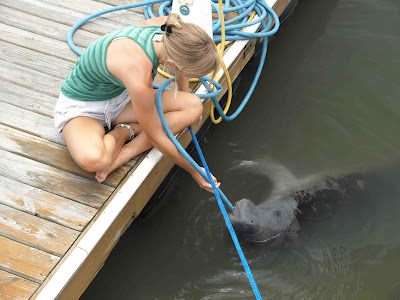 There were 5 total, including one baby. 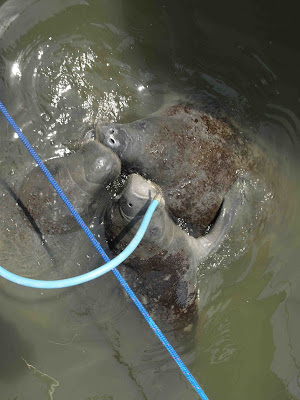 The manatees stuck around for over an hour while we fed them water. Then we stopped giving them water and they still wouldn't leave! 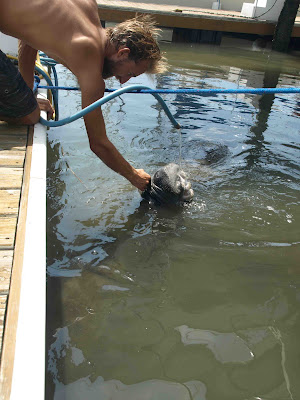