Woohoo! First weekend on the boat!


Great weekend! It was REALLY COOL to have Charlie on the boat now that he is so much bigger and more mobile. Charlie loves hanging out on the back deck area. It's a nice flat area that he can't escape from, so it makes for a perfectly built in play pen!

The boat was pretty dirty. It's amazing how dirty boats get during the winter. There was a bunch of dirt that had accumulated in the scuppers of the deck that Charlie was having a ball playing in. I called it his "sandbox".

Later in the weekend Hobie and I washed the back of the boat. It looked 100 times better and Charlie didn't get so dirty while crawling around.


I don't know why, but Charlie has a self-destructive urge to play on the stairs inside the cabin, so we put up some lifeline netting to block the stairways.

At first I thought I was going to have to drill some holes to permanently install these retractable baby gates we bought. Unfortunately there isn't a really good place to put the baby gates. The only flat wall space to attach the gate would have been over the stairs, so Charlie could have gotten onto the first step and slipped under the gate.

There is a piece of trim that is screwed in all around the opening to the stairs. The screws are over an inch long (thank you Lagoon for the overkill), so I screw threw the thicker edge piece of the lifeline netting to attach it around the boarder of the stairs.

It worked pretty good, aside from being permanent. So I rigged up a weird pulley system so we can fairly quickly take it up and down to get through. It's not pretty, but overall it works pretty good, and we only have to live with it this summer. Next summer Charlie will be 2 and smart enough to avoid the stairs.

Anyway. It was GREAT to get the baby gates up. We could then put Charlie down and let him roam freely from the cabin to the deck. It made being on the boat with him way more relaxing. 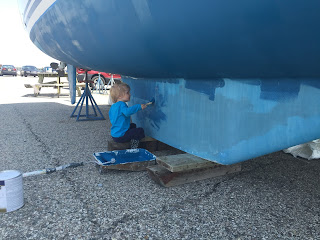 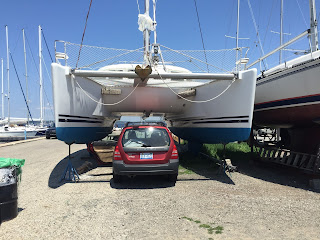 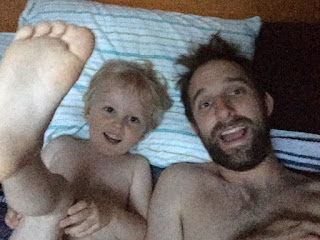 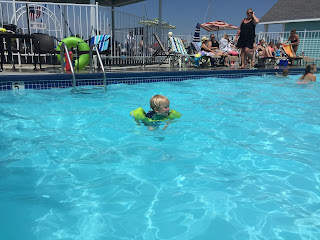 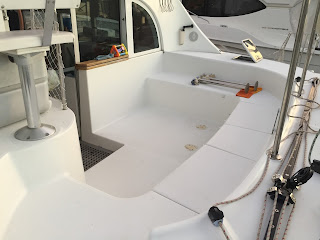 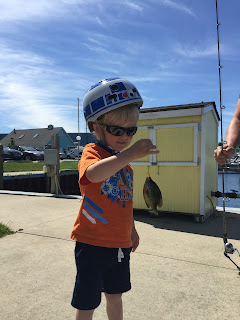 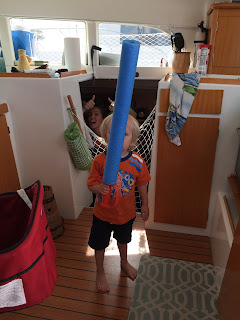