Trip is going good! The distance was about 200 nautical miles and took around 36 hours, pretty good time. Good weather the whole way. We had a few thunderstorms in the distance, and got a little rain, but nothing major. We really lucked out with the weather. Storms all around but everyone passed just ahead or just behind us. 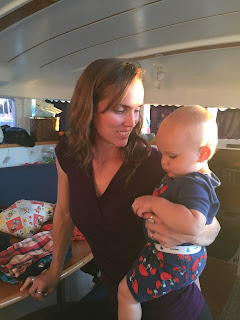 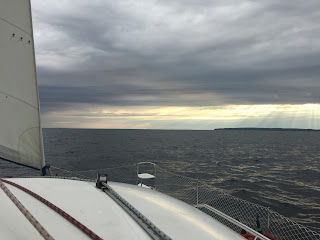 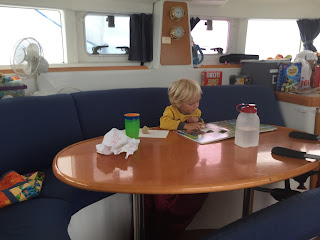 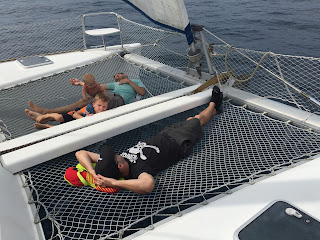 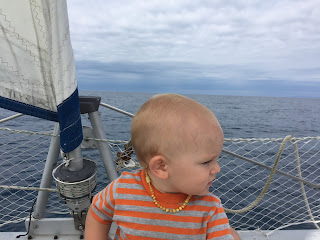 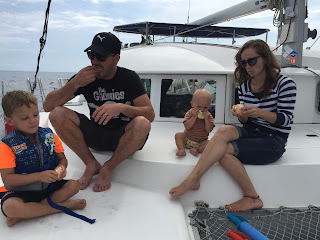 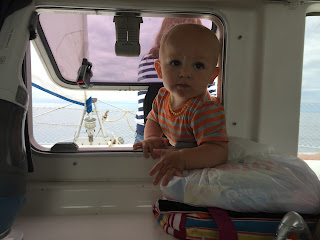 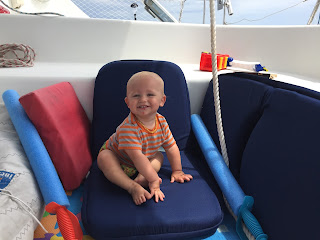 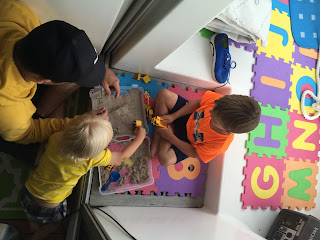 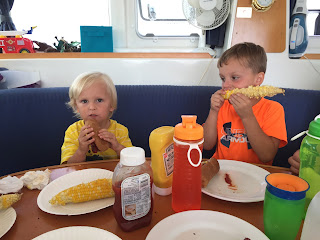 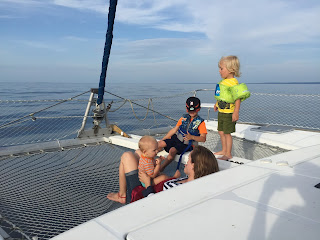 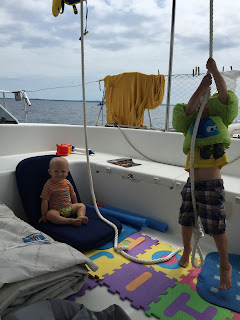 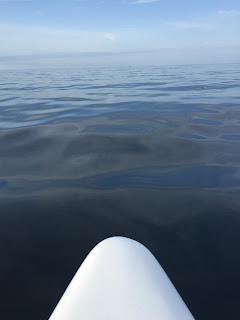 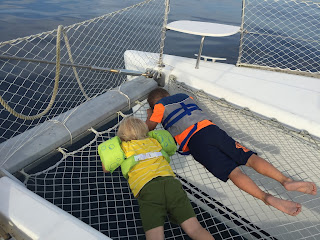 I've never crossed under the bridge at night before. It was exciting and terrifying at the same time. We all sat on the cabin top and stared up. It was pure dark everywhere except the bridge and we were flying with the autopilot steering the boat. I remember thinking "I hope we don't crash into anything while we stare up at the bridge!" 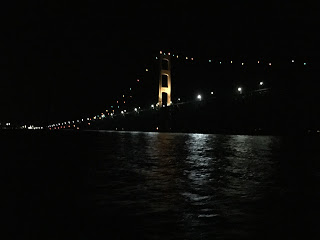 After the bridge, it got really really wavey and windy. Our starboard engine refused to start, so that dialed up the tension. I think the starter battery is failing. Or I had just drained it by leaving the start battery circuit open while the inverter was running. I started up our generator for 5 or 10 minutes to charge it, and then the engine fired up.

We arrived at the harbor, 1:30 am Tuesday morning. It was super dark. No moon or anything. I knew boats anchored out in the harbor so I was watching for them while trying to remember how to get into the marina. I had called ahead earlier in the day and thought I knew where our slip was from the last time we stayed here. I very slowly pulled us into the marina, not wanting to end up in a tight spot where I would have to turn the boat around in the dark.

We found the slip and docked with out a problem. We were super pumped up with adrenaline and excitement for having made it to the island. It was me and my friend Wayne. LeeAnn and the boys were sleeping. We tied off the boat and went for a walk on the main street. It was the fewest people I ever saw on the main street. The only people out were drunk people on bikes and third shifters who were hosing down and scrubbing the streets. I had to laugh about that. I imagined a conversation:

"what do you do?"
"I clean horse poop at night on Mackinaw Island."

Who are these people? How does someone get that job? We headed back to the boat and struggled to fall asleep.

The next day I woke up pretty early. Checked my work email and sent a few "good morning" messages to co-workers. By the time everyone else was up and ready to go, I was too. We started walking with out a destination. We came to the end of town and kept going. Not much further down the road we found "Mackinaw Island Public school" which had an awesome playground. We let the kids play there for a while. It was good for them to run and stretch their legs after being cramped up on the boat for 36 hours. We had a great view of Lake Huron and Mackinaw Bridge. We wondered what it must be like to be a kid on this island, to go to this school and have this view during recess. 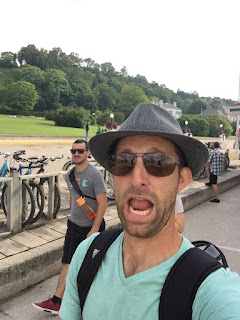 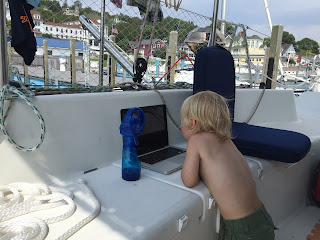 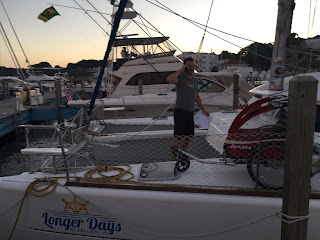 We left the playground and walked back to the boat for food. Later LeeAnn and Charlie went for a walk on their own. Wayne and I took the boats out in the harbor on the dinghy to go swimming. Then Wayne and his son Nash went for a walk on the island. I set Hobie up with a show. I checked in with work, and then just sat down and relaxed. Had a beer and enjoyed the view of the Island. People riding by on bikes, horse drawn carriages, and above it the fort.

Everyone returned. We had hamburgers for dinner. By the time we were done eating the tourist were taking the last of the ferries back to the mainland. The streets were clearing out. We took a walk up to arch rock. Everyone was tired, and I thought Wayne and LeeAnn were crazy for wanting to even attempt it.

We got to the top of steep ass hill, things flattened out. The path went past the fort and ran through sprinklers to cool off. Then the path went into the shade of the woods. It was perfect. No people, shady, and no bugs. It was a nice walk to Arch rock, and when we got there, it was worth it. The Arch was amazing and so was the view. We walked back to the town and got ice cream and fudge. Then back to the boat.