We thought we were going to Wilmington. I guess not.

We looked and looked. Called every marina within 20 miles. They either had no space, were really expensive, or said "we don't like yer kind 'round here!” And by that I mean that said they don’t allow live aboards.

Another problem with Wilmington is that it is really spread out making it really difficult to get around. We would have to buy a car. And last but not least... the main reason we were going to Wilmington was so LeeAnn could work at Petco because she already had a job lined up. They have no work for her though, so we have no reason to stay.

When we pulled into the marina, Matt, our contact walked up and said "they're might be a little problem.."

He brought me over to a stern faced man who was standing at a large pile of squirming shrimp, ripping their heads off one by one, then tossing them into the water to be gobbled up by a swarm a fish.

"The committee is voting on whether we will allow a live aboard here. We already have two "no's" it only takes three" He said.

The shrimps head made a sucking noise as he decapitated it with his bare thumb.
"ok" I said, "How did you vote?” to which he replied "I can't tell you”

"Plop," goes another shrimp's head in the water. I looked around. It was low tide. The shore was reedy, there was a muddy landscape of a million dead oysters. The sun was baking a few jelly fish that had been trapped on the oyster beach by the receding tide, fish skeletons were littered about, and a there was growing pile of severed shrimp heads.

"No worries Fellas,” I said, “we were thinking of heading to Charleston anyway."

He said he would call the other committee members anyway. I asked him where is accent was from...
"New Jersey" He said.


If you click on the picture you can see it better, The tide is already up a foot, but you can still see all the land is covered by large dead oysters.

If you click on the picture you can see it better, The tide is already up a foot, but you can still see all the land is covered by large dead oysters. 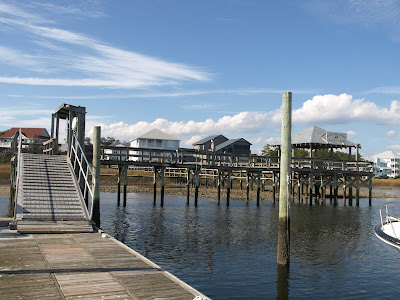 Calling marinas with no luck. 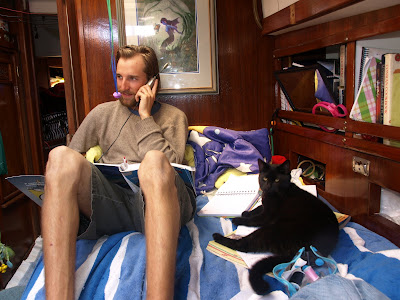 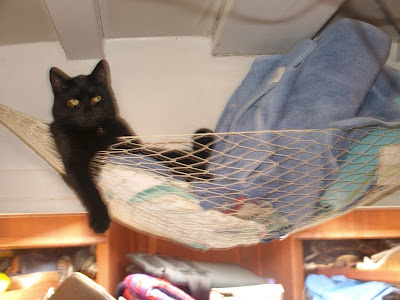