We raised our anchor around 8am and headed the short distance from the Play Pen to the lock.

I called the locktender several times on the designated channel. He didn't respond. So I called him on the phone. He told me to go in the lock and then he hung up on me. Had the lock been open, I would have done so, but he didn't open it until after I called him. I reviewed everything I had done and concluded he must just be an asshole.

We went through the two-foot drop with no issues and then proceeded through downtown.

There is no permit or any kind of registration to use the locks. They just let us in. It's a little weird. The river is very commercial, and it felt like we were in a place we weren't supposed to be. I kept thinking we were going to get caught. It was like we had wandered into the "staff only" area of a theme park.

So while it was cool to go past all the buildings in Downtown Chicago, I never really relaxed and enjoyed the moment. Before I knew it we were leaving the city behind. It all went much faster than I would have liked.

The Illinois river system is pretty amazing. The beginning stretch of it is mainly a canal, but unlike the Erie Canal, the Illinois is still a very busy commercial shipping network. The infrastructure along the walls to load and unload barges is totally foreign and captivating. As we moved along, I continued feeling like we had stumbled into a place we weren't supposed to be.

We made fast progress down the river and made it to Joliet. Our first impression of Joliet was not great. The docks were decent, I mean, they were free and that included the power, so it’s hard to complain (I’m not). But it’s clear that they have not been well maintained by the city.

There was a broken beer bottle on the concrete pavers and some people who looked like they had made quite a few wrong decisions in life staggered by openly drinking. I questioned our security and looped several of our dock lines back to our boat. We've heard stories of kids untying boats in the night.

Generally, people won't get on your boat, so looping a line back can be a good deterrent. But on the Erie canal, we met one local couple who actually locked their boat to the dock cleat with a bike lock. Floating in the Erie Canal might result in a scratch boat. Floating down the Illinois could result in being run down by a barge and killed.

We could see a playground from where we were docked. Across the street was the “Joliet Housing Authority” It looked like a jail and my suspicions were later confirmed. I thought it was funny that they called it the "Housing Authority." At first I wondered if it was a shelter.

I asked a few of the moms at the park if the area was safe. They gave me an unconvincing “Yeah, it’s ya know, like anywhere.”

“You mean it’s like anyplace on the outskirts of Chicago? Like any place in Joliet?” I had no point of reference for her “anywhere” but she wasn’t giving anymore clues.

We headed back to the boat for dinner, then later a long time friend who works in Chicago drove out to see us and bring me to the grocery store. The next morning his family drove out and we all had breakfast. Then we left the dock and headed down the river. 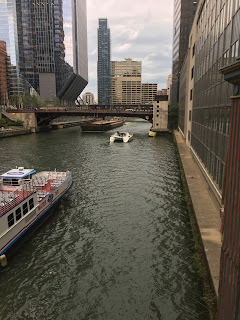 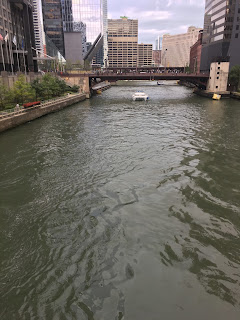 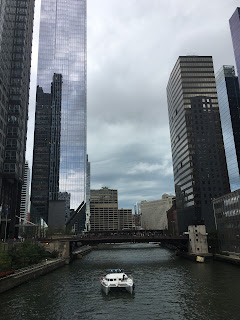 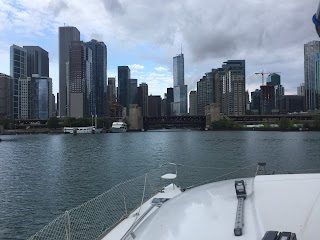 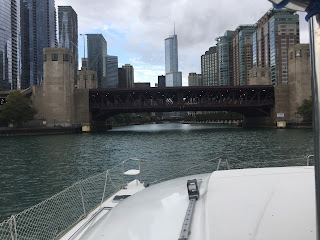 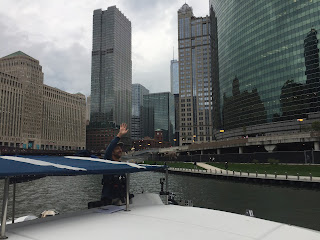 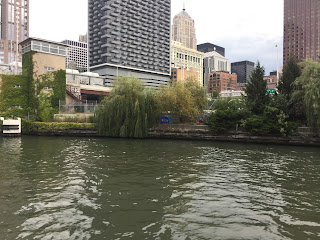 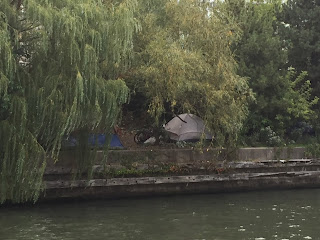 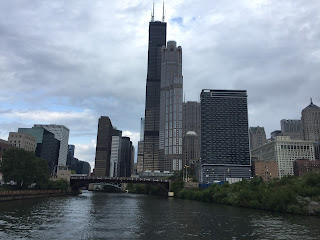 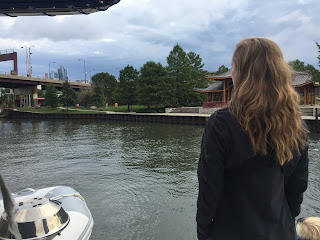