Shakedown Cruise with the Hackers 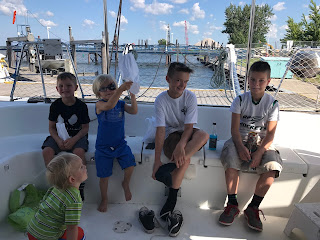 This weekend my friend Wayne and his three kids, Aiden, Mason, and Nash, joined my boys and me for a weekend adventure aboard Longer Days. Our plan was to head south for the Venetian festival in Saugatuck Michigan.

I woke up at 6:30 Friday morning, (thanks, Charlie), and started cleaning and organizing the boat so the Hacker’s would have a place for their gear. They arrived at 10:30, tossed bags into rooms, and all the kids proceeded to go berserk with excitement.

We left the dock around 12:00 with 10-15 knots of wind from the north. Mason (11 years old) helped bring in the fenders, tidy up the dock lines, and then raise the jib. I thought how awesome it would be for my son to someday be old enough to help out like Mason did.

We made for the large channel that connects Muskegon Lake to Lake Michigan. Wayne’s Grandparents had come down to the channel to wave as we passed by. We sailed out of the channel and turned south.

The wind was surprisingly light out on the big lake, and it was coming out of the southwest instead of the forecasted northwest. I assumed it would swing around and pick up once we put some distance between us and the land. But, it didn’t.

The kids wanted to go swimming, so I let out the jib to slow the boat and encouraged them to trail behind the boat on a rope. They all chickened out after Mason jumped in and then scrambled out quickly due to the cold. 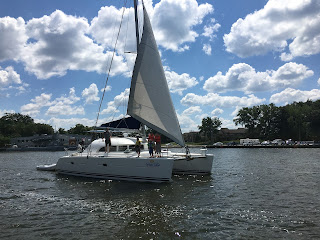 The kids continued to be really demanding, firing non-stop requests as Wayne and I. They wanted food, games, swimming, rope swings, hammocks, whatever. I think they were excited about the trip and the fun things we were going to do. They weren’t prepared for a slow, uneventful sail. Wayne and I, wanting the kids to have fun, did our best to accommodate their expectations. In hindsight, I think we would have been better off encouraging them to rest and relax while we sailed south.

With the dying wind, I decided hank on the mainsail, which was still packed up from the winter. Rigging the main is a fairly involved chore, and it probably took about an hour to put it up, trying to keep the kids from killing each other all the while. The main helped us pick up a few knots, but the wind was dying out. Then suddenly it clocked 180 degrees to the northeast and pick up to 15 knots.

We started to pass Grand Haven around 4:00, we could stop for the night, let the kids get off the boat and burn some energy. Or we could push on another two hours to Port Sheldon where the kids could swim. Both options seemed equally good. In the end, we opted to check out Grand Haven. I'm glad we did. Swimming at Port Sheldon would have kept the kids busy for a least an hour, but then we would have been cooped up on the boat with nothing to do and nowhere to go. 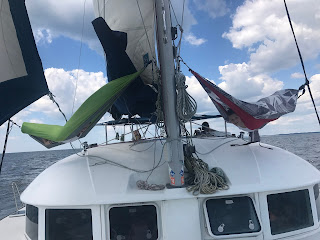 We pulled into Grand Haven and anchored across from the city. After anchoring, all I wanted to do was sit down and collect my thoughts. The five kids had been CRAZY on the trip down, and with it being the first trip on the boat this year, I wanted to make sure I wasn’t forgetting or missing anything. Of course, all the kids wanted to go go go. They really all fed off each others energy. Even when they were annoying each other, they couldn’t seem to just give each other space for fear of missing out on something fun.

We decided to go on land for pizza. We took the dinghy across the river to the boardwalk where we waited for Dana, Wayne’s wife, to arrive. We walked a few blocks down to a pizza place. Once there, I chugged half a beer, and almost instantly felt my stress and anxiety melt away. I started to relax and have fun, which included juggling the metal “pizza pan” dinner plates.

After dinner, we walked back down the boardwalk and Wayne made the excellent observation that many of the boats on the wall were pontoon boats, or small powerboats without a cabin. These boats would probably be leaving around sunset. 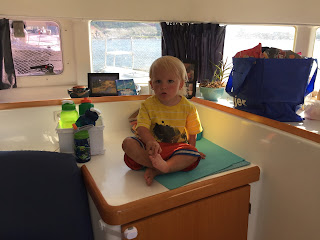 We got ice cream, then motored back out to Longer Days. Sure enough, within about 30 minutes a spot cleared on the wall. We pulled up the anchor and headed for an opening. It was a fairly tight spot. Probably 45 or 50 feet wide. Wayne was unsure of my ability to "parallel park" the boat, and several walkers stopped to see if I would be able to pull off the docking maneuvers. I love having an audience. I docked the boat without issue, however, I did come a little closer to the boat in front of us than I wanted to.

There is at least 1,000 feet of space along the channel wall where boats can tie up for $10 a night. People walk along the channel wall to look at the boats and visit the many shops on the boardwalk. At night people sit on the grassy hills and watch the musical fountain, which is a show of water shooting into the air, dancing to music while being colored by lights. 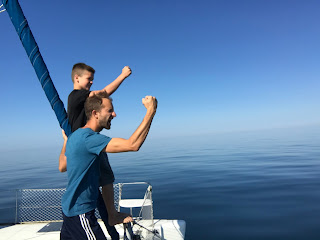 We spent the rest of the weekend hanging out on the boat, taking walks and seeing the sights. Saturday night Wayne and I stayed up late watching shooting stars while we talked about important meaningless things, such as politics and religion.


Sunday we left before the wind picked up. The lake was glassy smooth, and with both engines running at full RMPs, we made it back to Muskegon in less than two hours.

It was a great weekend. Nothing major broke. No issues with the boat. Everything functioned like it should! 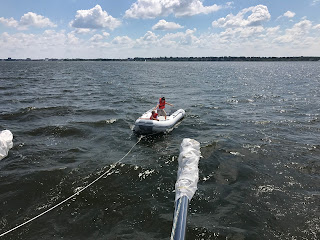 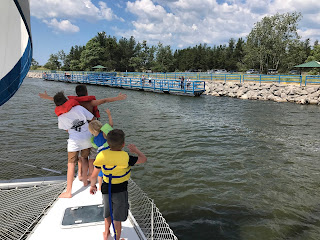 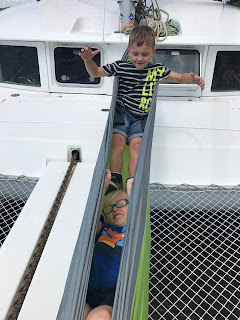 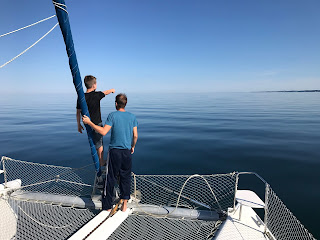 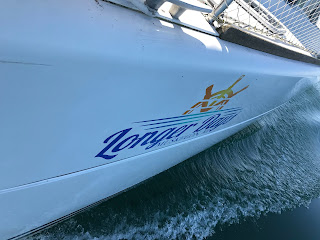 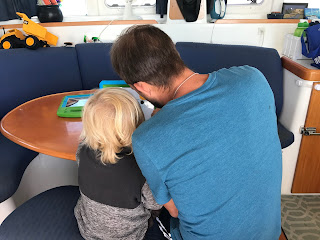 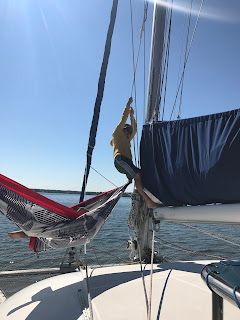 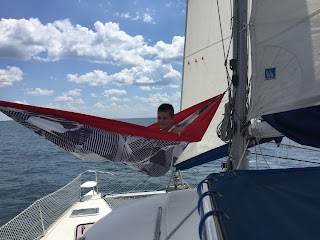 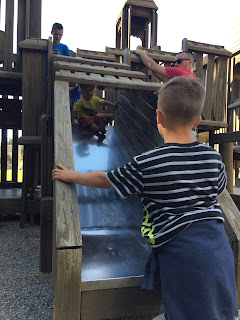 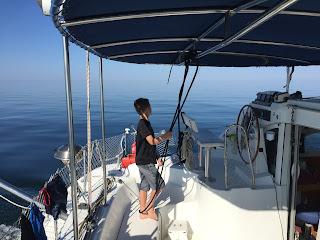 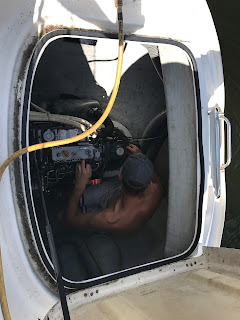 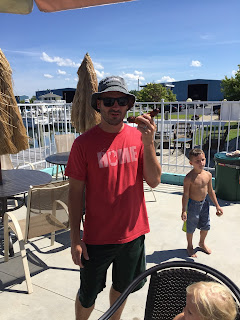