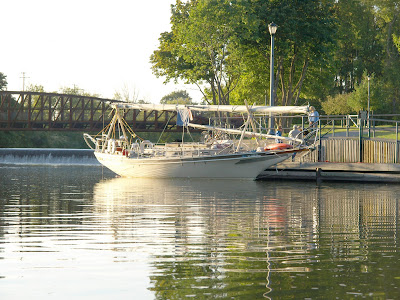 We are now on the Erie Canal docked in the town of Little Falls, New York. The dock we are at cost 10 dollars, but we get to use the brand new shower facilities, so we decided it would be worth it. I got stuck washing my hair on the boat a few nights ago. it was like torture. The water was freezing. We have a good video... I'll post it later.

Things are going smooth. Our engine has been holding up. We reached a maximum elevation of 420 feet and are now heading back down towards sea level. We are currently at 383 feet above sea level. 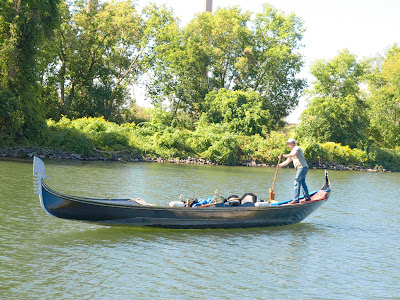 We met this crazy guy in a gondola today. He was traveling the length of the Erie Canal. He said he was just training, and that his real ambition was to be the first person to cross the Atlantic Ocean via gondola. I was surprised at how fast he could go. But I do wonder how he turned?

He had no refrigeration, but said that an egg covered in Vasoline can last for weeks. He spoke in short bursts... He would talk for a few seconds, but then had to pause while he pushed his oar. I think he has been out paddling for a long long time, because he spoke this way even when he was just standing still. 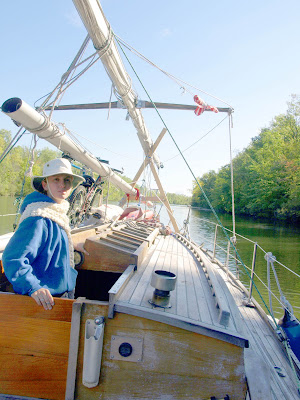 LeeAnn and I started out a little goofy, but more and more we have been falling into a rhythm. We don't drink enough water, but the food situation is great. You would be amazed at how many variations there are of Ramen Noodles. I think, that if I am ever really hurting for money I might put together a Ramen Noodle cook book and sell it in college bookstores.

These are the work tugboats on the canal. Most of them have big funny fenders made out of rope. They remind me of horses. 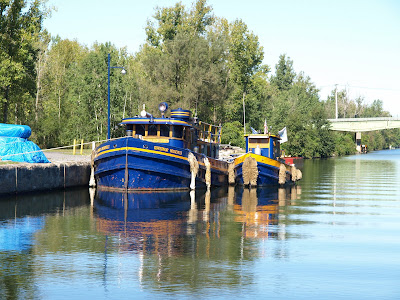 Just a picture of the Erie canal. miles and miles. just trees and a river. 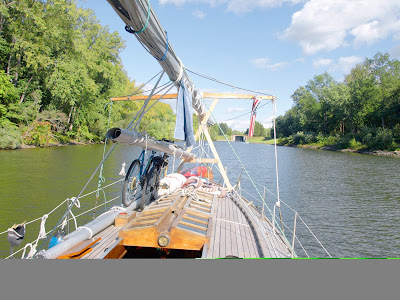 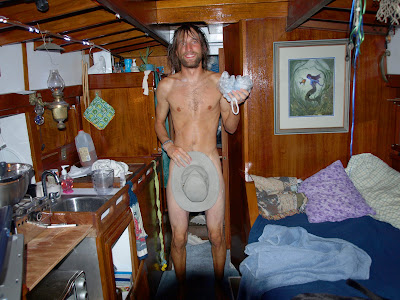