We anchored out behind Pollepel Island on the Hudson River. There we found this cool castle. Our guide book said that tours of the island were given for $40, but most of the castle was off limits. So we just decided to take our dinghy ashore after the tour boats left. There was a camera, but it's power chord attached to a tree... The first obstacle we came to was a big caved in bridge. We had to walk through spooky dark rooms and woods to get to the other side of the castle. LeeAnn freaked out a little bit in the dark rooms. Mostly because of this pile of bones she stumbled over, I'm pretty sure they were deer bones.... 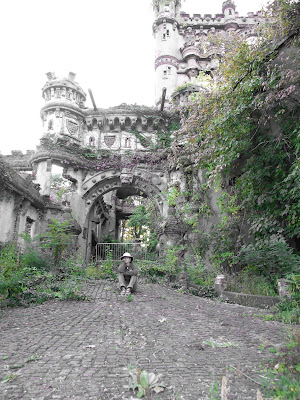 That night after we left the island, the boat was sitting very strange in the water, sideways to the current. I thought ghosts might have been messing with us. I started thinking that maybe they would untie our anchor line or something. I laugh now, but staying there that windy night with the dark silhouette of the castle looming above was very spooking... Plus there was this scratching noise on the hull every couple of minutes, and someone nearby kept on screaming bloody murder. 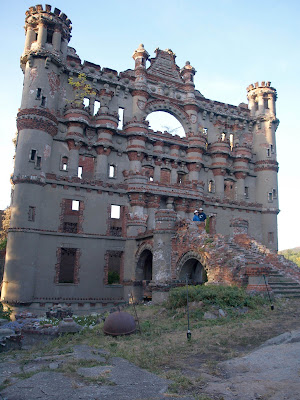 Turns out Francis Bannerman VI purchased the island in 1900 for use as a storage facility for his growing surplus business. After the Spanish-American War Bannerman bought 90% of the US army surplus, including a large quantity of ammunition. Because his storeroom in New York City was not large enough, and to provide a safe location to store munitions, in the spring of 1901 he began to build an arsenal on Pollepel. Bannerman designed the buildings himself and let the constructors interpret the designs on their own. Most of the building were devoted to the storing the army surplus but Bannerman built another castle in a smaller scale on top of the island near the main structure as a residence, often using items from his surplus collection for decorative touches. The castle, clearly visible from the shore of the river, served as a giant advertisement for his business. 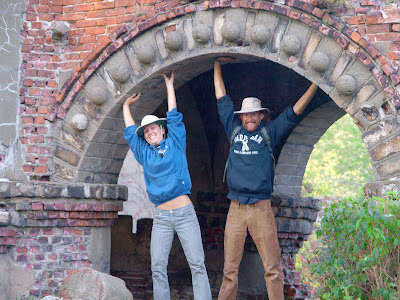 Construction ceased at Bannerman's death in 1918. In August 1920, 200 pounds of shells and powder exploded in an ancillary structure, destroying a portion of the complex. After the sinking of the ferryboat Pollepel, the Arsenal and island were essentially left vacant. The island and buildings were bought by New York State in 1967, after the old military merchandise had been removed tours of the island were given. On August 8th, 1969, fire devastated the Arsenal, and the roofs and floors were destroyed. 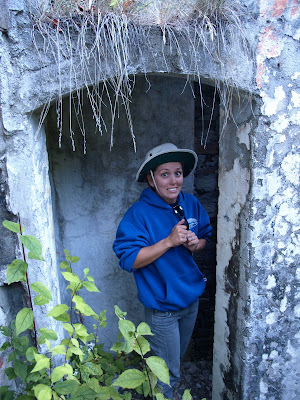